Microsoft says that up to 70% of users surveyed use Excel to maintain a database or large lists. To be truly proficient in Excel, you must be familiar with these tools to manage data efficiently. It’s all the more important as data collection has become more automated and you’re getting swamped with tons of data. But what can you do with all that data? You need to know how to re-arrange the data (sort), see just what you want to see (filter), create quick summaries (subtotals), restructure fields containing too much data (the exciting new Flash Fill tool and the Text to Columns feature) and eliminate redundant records. If you are setting up new lists, you need to know the powerful validation tools that keep out bad data from the start and how to drastically reduce data entry with drop-down clickable lists.

You can do more with Microsoft Excel worksheets than just calculate data -- you can tackle powerful data management needs with ease too! With just a bit of know-how, you can take advantage of the power of Excel to validate data, sort data (based on content, color, or icon), insert automatic subtotals, filter the data to see just what you need to see, restructure columnar data that has been improperly grouped, eliminate duplicate records in a flash, and use powerful expanded functions to analyze the data in any list, regardless of size.

Extracting data from text files or from database management systems, such as Microsoft Access or Microsoft SQL Server, can be intimidating to Excel users. In this outstanding presentation, Excel expert David Ringstrom, CPA, walks you through the process of getting the data you need from databases or from text files into Excel. Once your data is in Excel, you can work with it in a variety of ways, such as using worksheet functions to summarize data, querying text files and databases from within Excel, creating self-updating links to databases and other data sources, and more.

David demonstrates every technique at least twice: first, on a PowerPoint slide with numbered steps, and second, in Excel 2016. He’ll draw to your attention any differences in Excel 2013, 2010, or 2007 during the presentation as well as in his detailed handouts. David also provides an Excel workbook that includes most of the examples he uses during the webcast.

David demonstrates every technique at least twice: first, on a PowerPoint slide with numbered steps, and second, in Excel 2016. He draws your attention to any differences in Excel 2013, 2010, or 2007 during the presentation as well as in his detailed handouts. David also provides an Excel workbook that includes most of the examples he uses during the webcast. 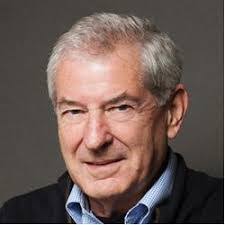 Dennis Taylor is an Excel expert. He has worked extensively with Microsoft products (especially spreadsheet programs) since the mid-1990s. He’s traveled the United States and Canada giving seminars to help his students unlock the full potential of Excel (so far, he’s been to over 40 states, and Saskatchewan is the one Canadian province he’s missed, but he’ll get there soon enough!). Dennis has a unique ability to describe, decode, and demystify the myriad functions of Excel for individuals and businesses. He’s taught hundreds of workshops and authored numerous tomes on this program. Chances are if you have a question about LOOKUP, data tabulation, statistics, math functions, or financial features, Dennis has an answer for you (actually, he probably has a training video, book, and seminar chock full of relevant information). He is one of the few Microsoft masters who understand and can bridge the gap between the divergent worlds of Mac and PC. He even taught Apple’s own high-tech team on how to use Excel. He also stays at the cutting edge of Microsoft technology—he’s already released hours of training materials on Excel 2016, which launched mere days ago. Dennis’s comprehensive knowledge, decades of experience, and passion for helping others learn Excel make him a perfect fit for our company. When he’s not exploring North America on his Excel training adventures, Dennis makes his home in beautiful Boulder, Colorado.

Accomplishments: Dennis’s 25-year track record of Excel exploits is nearly overwhelming in scope and volume. He has penned and presented more than 400 webinars on various Excel topics in the past nine years. Dennis has also produced numerous Excel courses on video, CD, and DVD. As if this wasn’t enough contribution to Excel education, he’s taught more than 500 seminars and over 5,000 workshops on the subject. Dennis recently partnered with Lynda.com to make his training even more widely available—he’s posted nearly 100 hours (over 30 courses’ worth) of easy-to-understand Excel explanations there. Dennis also authored Teach Yourself Microsoft Office 2000 and coauthored five other titles in this field. Whether you’d prefer to read, watch, or listen, he can share his expertise with you. He’s also helped develop custom Microsoft coding solutions for impressive firms such as Harvard. LinkedIn. Core Labs, Red Bull, Honda, Toshiba, Ralph Lauren, General Electric, AT&T, Merrill Lynch, Union Bank, Walgreens, Verizon, Toyota, BMW, In-N-Out Burger, Amazon, Hewlett Packard, Staples, Ford, and even Microsoft itself. 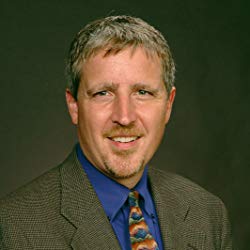 David H. Ringstrom, CPA - Nationally recognized Microsoft Excel expert David H. Ringstrom, CPA, is the president and owner of Accounting Advisors, Inc. based in Atlanta, Georgia. David founded Accounting Advisors in 1991 as a consulting-services business, later he began teaching continuing education classes as well. His mission since is to offer quality training and consulting services on Microsoft Excel via live webcasts, on-demand self-study webcasts, and in-house engagements. David has taught hundreds of webinars on Excel and other topics, in addition to speaking at conferences and in-house engagements.

This webinar bundle contains 3 recorded webinars it gives you to learn the fastest and most efficient ways to sort data; sort by content, by colour, or based on the order of data in a custom list; sort in random order or by re-arranging columns left-to-right, data analysis tricks used to query text files and databases from within Excel.

The webinar format is 1-1.5 hours of audio-visual presentation, including a brief Q&A session.