Hint : Succinct, Action-Oriented Titles Work Well, as do those that Focus on the Problem you’re Going to Solve

Please tell your friends about our Hint : Succinct, Action-Oriented Titles Work Well, as do those that Focus on the Problem you’re Going to Solve

Chris DeVany is the founder and president of Pinnacle Performance Improvement Worldwide, a firm that focuses on management and organization development. Pinnacle’s clients include global organizations such as Visa International, Cadence Design Systems, Coca Cola, Sprint, Microsoft, Aviva Insurance, Schlumberger and over 500 other organizations in 22 countries.  He also has consulted with government agencies from the United States, the Royal Government of Saudi Arabia, Canada, Cayman Islands, and the United Kingdom.

He has published numerous articles in the fields of surviving mergers and acquisitions, surviving change, project management, management, sales, team-building, leadership, ethics, customer service, diversity, and work-life balance, in publications ranging from ASTD/Performance In Practice to Customer Service Management.  His book, “90 Days to a High-Performance Team”, published by McGraw Hill and often accompanied by in-person, facilitated instruction, has helped and continues to help thousands of executives, managers, and team leaders improve performance.

He has appeared hundreds of times on radio and television interview programs to discuss mergers and acquisitions (how to manage and survive them), project management, sales, customer service, effective workplace communication, management, handling rapid personal and organizational change and other topical business issues.  He has served or is currently serving as a board member of the International Association of Facilitators, Sales and Marketing Executives International, American Management Association, American Society of Training and Development, Institute of Management Consultants, American Society of Association Executives, Meeting Professionals International and National 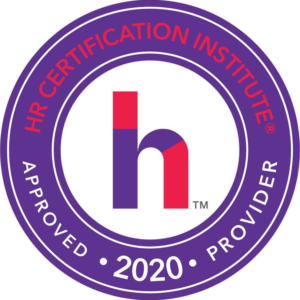 For any further assistance please contact us at support@grceducators.com

Implicit, or unconscious bias, exists in classrooms and on college campuses. What does it look like? How can faculty create an unbiased learning environment? How can faculty get in touch with their own unconscious biases to combat unintentional bias with students? Research suggests that unconscious bias regarding race and gender impacts relationships with professors. One study showed that certain academic fields of study were less likely to respond to applications from minority students. What are the best practices education should follow in minimizing unconscious bias?

We all experience some degree of unconscious bias—yes, even those of us that are well-intentioned. Unconscious bias includes the subtle associations we make towards groups of people. Stereotypes, which often operate unconsciously, are often the root of our bias. The phenomenon has been used to partially explain the racial tension in the U. S. and particularly with the police shootings of Black men. The U. S. Department of Justice (DOJ) recognizes the important role unconscious bias plays in the life of attorneys and law enforcement. As a result, beginning this year, the DOJ will be rolling out training to more than 23,000 agents in the FBI and other federal law enforcement agencies as well as 5,800 attorneys in 94 U. S. Attorney’s Offices around the country. State and local police and sheriff departments are also conducting unconscious bias training.

More and more organizations are incorporating unconscious bias training for employees recognizing the role it plays in workplace discrimination including hiring, promotion, retention, and talent management practices. Wall Street estimated that 20% of large corporations conduct unconscious bias training. It shapes the organizational climate. One of the challenges in addressing implicit bias is, based on the research; people are often resistant to accepting behavior that is inconsistent with their stereotypes while accepting behavior that is consistent with stereotypes.

In spite of over 50 years of civil rights law, inequality continues based on sex, race, disability, and other protected classes, as it relates to levels of education, poverty, and success. Unconscious bias influences those inequalities. Courts have recognized the existence of unconscious discrimination since the earliest Title VII decisions and have specifically stated that Title VII reaches this form of discrimination.

Why Should You Attend